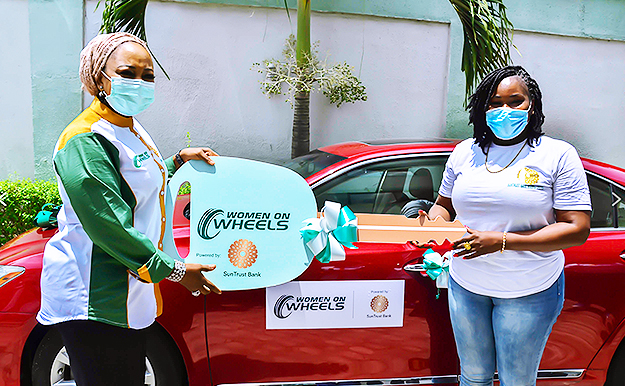 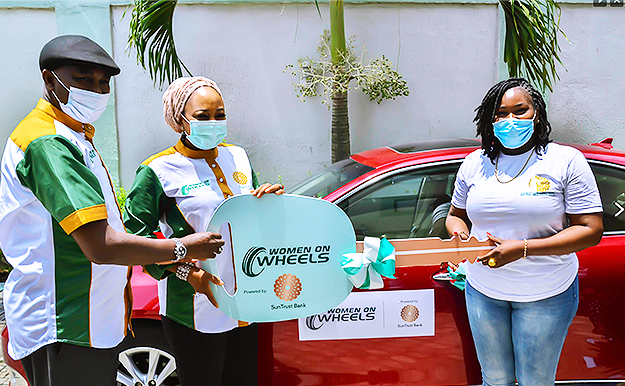 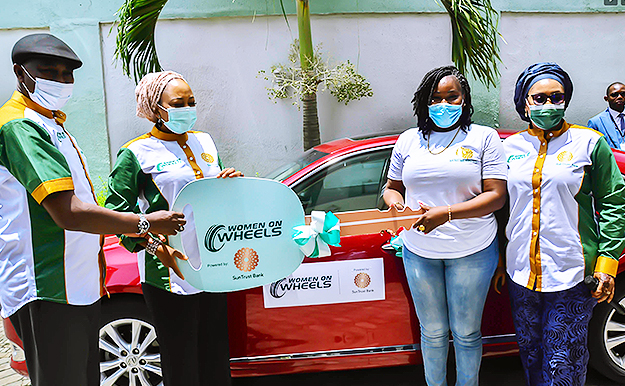 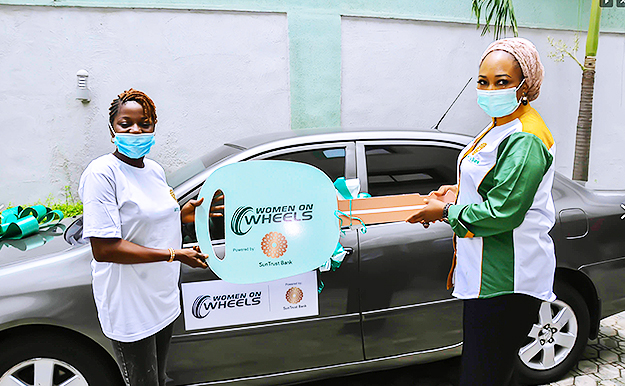 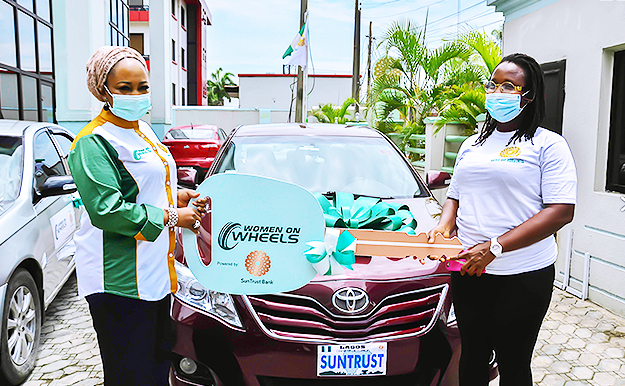 One hundred female drivers have benefited from SunTrust Bank’s initiative to support women in the ride-hailing industry The beneficiaries are women under the aegis of Women on Wheel, a female drivers group.

They were presented with Hyundai Sonata vehicles at the bank’s headquarters in Victoria Island, Lagos, on Monday.

Speaking with journalists at the event, SunTrust managing director, Halima Buba, said N250 million was dedicated to the initiative.

She said the bank’s initiative is geared at supporting women in the transportation sector and improving their living standards.

Buba said 100 female drivers will benefit from the initiative in Lagos, with the same number of beneficiaries selected in Abuja and Port Harcourt, Rivers state capital. She added that the initiative will be implemented in other states with limited beneficiaries.

“It is an asset finance programme for female Uber and Bolt drivers between ages 18 and 52. We want to see how we can assist females to increase their fleet. All you need to be a part is a driving license, register with Uber or Bolt and you are good to go,” she said.

“I have passion for women, and I want to see women develop in their various fields. We are starting with 100 women in Lagos, 100 in Abuja, and another 100 in Port Harcourt. We will also go to other state capitals in Nigeria. Today, we have launched 100 vehicles and we have 100 beneficiaries.”

“The facility is for 24 months and the drivers are supposed to be making payments daily into their accounts.”

In her remarks, the founder of Women on Wheels and a beneficiary of the initiative, Oluwadamilola Oladoke, said the bank provided the cars with a 15 percent interest rate for two years.

She urged women to key into such initiatives that will help them earn a good income and improve their standard of living.

“SunTrust has given us 15 percent interest rate which is shocking. So if your car is N3 million, what you are paying as interest within two years is not even up to N400,000. The bank officials said since they are mostly women, they will support us and we embraced it. Today, we are happy that what looked impossible has now become possible,” she said.

“I will be giving my own car to another woman. I want to tell other women that we understand that the country is not supportive, but we have no excuse. We can change everything individually as women. We are bearing forth kids, bringing lives into life so we have to think outside the box and strive. With a good platform like SunTrust Bank, we have no excuse.”

Activities and events hosted by Suntrust Banks all over Nigeria.

News and updates about Fintech innovation in the banking sector.

Press statements and publications from the bank.